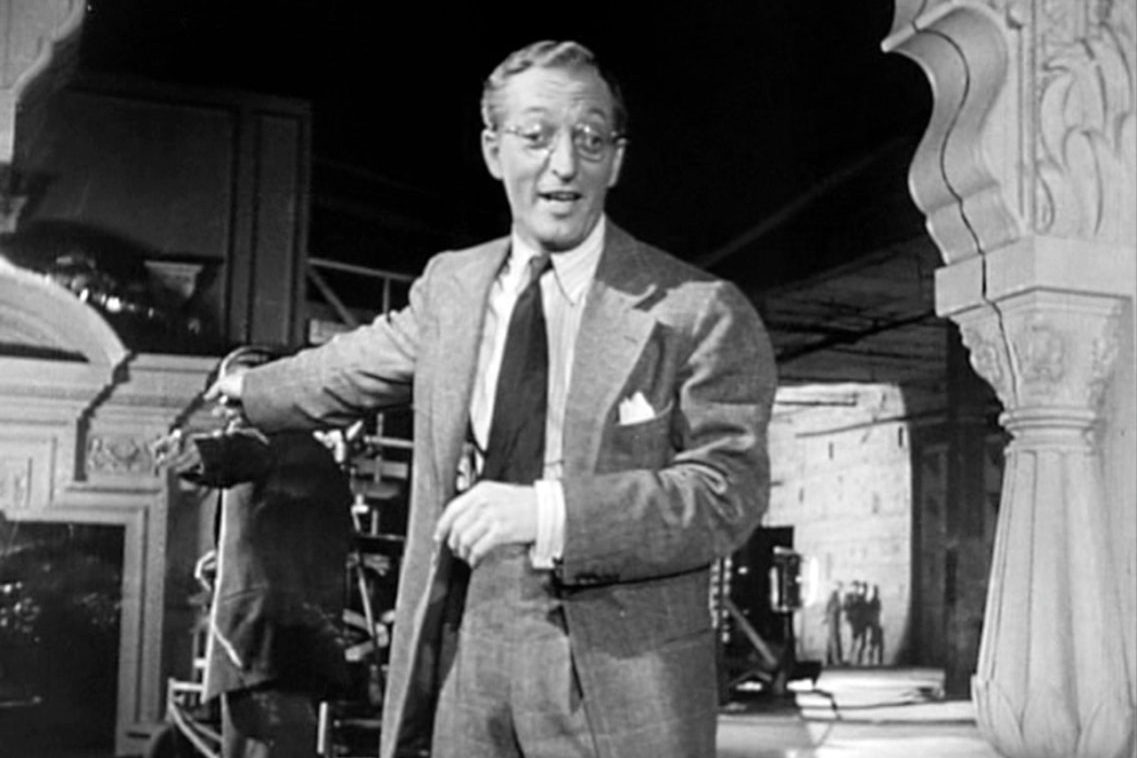 One of many classic shots from the classic movie.

Hello, I’m Colin Fenner. Some people think that books, movies, and TV are just stories that you can make up on the fly, but I know that isn’t true. Join me as I show you that these works have deeper levels of meaning than you could ever imagine. Put your thinking caps on, because you’re about to enter the Fenner Corner! Today’s work: Citizen Kane!

What is Citizen Kane? Is it just a highly acclaimed character study of a newspaper mogul turned politician that also functions as a reflection on the unreliability of memory and narrative? Or is there something much deeper going on?

The key to unlocking the deeper meaning of this film lies in the single word that the narrator utters at the beginning of the film, “Rosebud.” Rosebud refers to the sled that Kane was playing with the day his family sent him off to apprentice in the city. (Spoilers ahead.) Sure the sled is a symbol of lost innocence, but what else is going on here? What are you really getting at, Orson?

To understand what’s going here, you need to know a little bit about the context of the movie. Citizen Kane was released in 1941. Anyone familiar with climate change will know that 1941 is the year that Muir Glacier began its six-decade recession. While many people saw the glacier shrinking and assumed the problem would go away in a year, Orson Welles (visionary that he was) recognized that it was the beginning of an unprecedented ecological disaster that would haunt America for a century to come.

Bearing this in mind, let’s look back at the Rosebud scene and notice that snow is shown nowhere else in the movie. There can be only one explanation: it has not snowed since Kane abandoned his sled on that winter’s day. The film is set in an alternate timeline where the Muir Glacier began receding a hundred years earlier. By the time Kane was born, global warming had already advanced to the point where Earth was getting its last snow ever. Kane’s nostalgic for childhood sure, but he’s even more nostalgic for a planet with a sustainable climate.

And here is Orson Welles’ true brilliance: he snuck an environmental message into a film that climate change deniers love. He stuck it to anti-environmentalists everywhere by protesting them in their own favorite film!