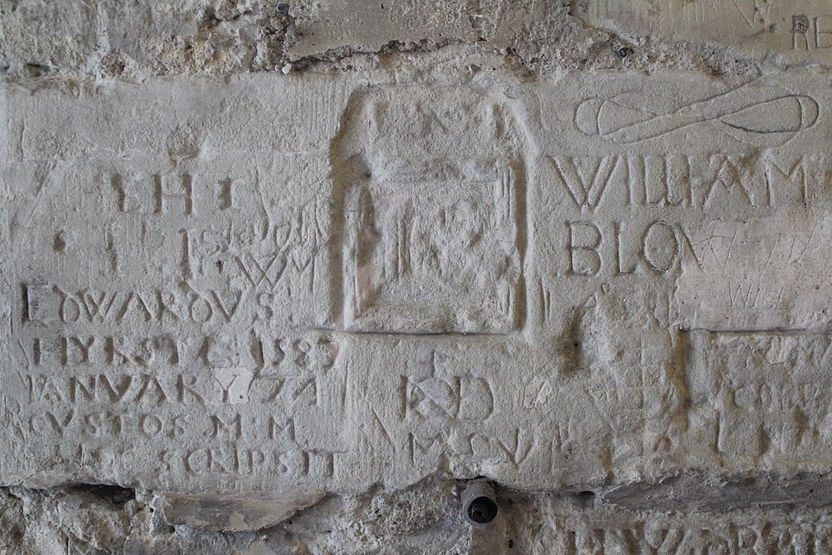 The below review was written by Will Boogert and Conor Fellin as they listened to Bon Iver’s 22, A Million for the first time. They started writing when the album began, and stopped typing when the album ended. Except for grammar (and a few hyperlinks added to explain what the hell we were thinking), the review has not been changed since that moment.

Will: I recognize that sample….but i don’t know where from.

Will: Oh yeah. That’s what it is. Okay, so what’s going on here?

Conor: I like that even in the midst of the much-hyped dissonance, there’s still some warm melodies.

Will: Yeah, there’s definitely the familiarity of his voice, at least leading off. And I don’t even think of dissonance. I immediately thought of Kanye West. With the sample especially.

Conor: Bon Iver was a guest on My Beautiful Dark Twisted Fantasy.

Will: That could be why I thought of it. That’s such a weird thing to learn, if all you know is “For Emma, Forever Ago.”

Conor: This is definitely a step more firmly in the Radiohead direction after For Emma and his eponymous album.

Will: Okay, now we’re pretty squarely in dissonant, lo-fi territory. Pretty aggressively so. What do you think of the clipping and distortion on the percussion parts?

Conor: I think it’s fitting. Why, are you conflicted?

Will: No, I like it. It was just the most prominent thing that carried over from track one.

Conor: Speaking of track one carry-overs, I’m really loving these brass tracks creeping in towards the end of each song.

Will: Me too. Maybe a saxophone in there too.

Conor: Of course, vocal distortion of this sort is pretty well-tread territory.

Will: Yup. Most famously, maybe, by whatever the hell her name is. Imogen Heap. The one that got sampled.

Conor: Oh, so that’s who that was.

Will: They used to play that song over and over again at the skating rink I worked at.

Conor: Do tell us more about the odd jobs of Will Boogert.

Will: It was an odd job in high school, but it was only part-time. And on the level. No time, we’re already done ignoring this track! (But it was good).

Conor: Speaking of Kanye, here’s a track about an ostensible God.

Will: Am I the only one who’s getting a very standoffish vibe from the production and the presentation (song titles, etc.) of this album?

Conor: No. But I think I’m willing to forgive Justin Vernon based on the quality of the tracks thus far.

Will: Oh I am too. I’m just trying to figure out what it’s based in, what its trajectory is. I feel held at arm’s length, but also drawn in by the soft vocal stuff going on.

Conor: Well, if you want to alienate someone, you should definitely speak to them in a language they don’t know. But for some reason Justin Vernon doesn’t want to pull a full Sigur Ros and write gibberish lyrics, so weird characters are what he has.

Will: Based on the distance between this album and his first, it’s only a matter of time before that happens.

Will: Have we slowed down into folk territory? Are we returning to the famous cabin from Emma??? Too bad for those demonic voices underpinning the whole thing. But not too bad. It’s an interesting angle.

Also, that number sign is attached to a word, not a number. It bugs me. I’m being treated standoffishly!

Conor: What if the weird symbols are just a gimmick to get the attention of English student types? Like Bon Iver’s reviewers?

Will: It’s like a deliberate challenge. I mean it has to be.

Conor: The question, of course, is whether Iver can deliver on this challenge or whether it’s empty braggadociousness. So far, I’m not quite convinced.

Will: It could work either way. Empty braggadociousness is in these days.

Will: I mean, it works for me.

Conor: Oooo, I do like that bass line. I think an album this experimental/alienating really benefits from an occasional warm moment.

Will: I think he’s exploited that to a lot of benefit so far. I agree.

Will: Uhh, well I dunno. It depends if you think the edgy song titles are a crutch.

Will: With the song titles, I agree. Musically, I think so far he’s used it sparingly enough to be effective and not annoyingly obvious.

Will: It’s like the part of the Dream Theater album where the narrator has a chance to reflect and tell the story of his past.

Conor: Sometimes you make Dream Theater sound like the band version of a high fantasy movie.

Conor: Yet again my Radiohead prophecy proves itself true.

Will: And yeah, Dream Theater’s sort of like that. But substitute treachery and dramatic revelations for elves and goblins.

Conor: So one thing we’ve talked about briefly is the relationship between this album and hip-hop. Some of the songs sound more like Kanye songs. This one is a little more tinged with…

Conor: With like 2pac? Maybe it’s only hip-hop influenced in the sense that hip-hop is influenced by jazzy pop tunes.

Will: I don’t understand how 2pac figures here. But I can see the hip-hop influences by way of someone like Frank Ocean.

Conor: Yes, thank you Will, that’s exactly what I was trying to say. We’ll delete that whole embarrassing 2pac bit, right?

Will: Yup. I’ll post this, don’t worry about it. 2pac, Frank Ocean, it happens to everyone.

Will: Have you understood a single lyric of more than 5 words at a time?

Conor: “When I’ve been caught in fire,” I think? But no, I didn’t try before now.

Will: Me neither. I think it’s mostly irrelevant on a first listen. Maybe we’ll do a lyrical album review someday.

Conor: Honestly, I think people tend to overrate lyrics. I’m listening to a song, not reading an essay, goddamit.

Will: Whoa. Hey, take it easy.

Conor: I mean sure, I can’t imagine the Pixies having a smash hit where the chorus is “I Love My Mom.”

Will: I wish I lived in that alternate universe.

Conor: We could write to Black Francis…

Will: Is that what he’s going by these days?

Conor: A more typical earnest folk ballad to close out what’s been a very un-folksy album.

Will: Gospel-filled, even. We’re running out of time. Say something quippy.

Conor: I’m not going to lie, when I saw the gimmicky titles, I thought I’d hate this album. But I didn’t. There’s a lot of enjoyable songwriting here.

Will: Agreed. I think the surface of it is just one element. Deeper underneath there’s more complexity, and dare I say, vulnerability? Emotion? Dare I say, almost like a person.

Conor: Vulnerability’s such a commodity in today’s folk scene, as are rough edges. This album goes beyond those templates, though.