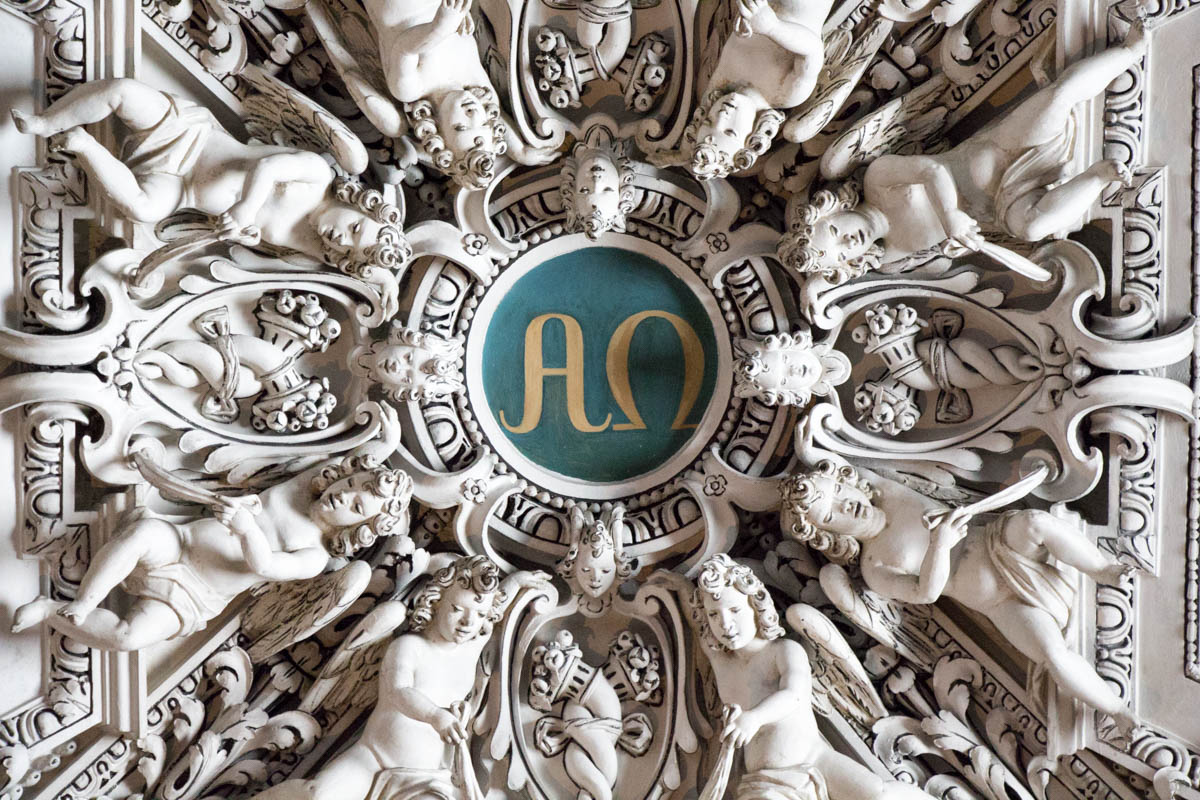 Part of an ongoing series on religion and philosophy. Read Part 4 or view all the posts.

Sometimes life seems like the set-up to a bad joke. Last week in Salzburg, at the end of Ramadan, I ate an enormous meal prepared by a professional Syrian chef now living in a refugee camp on the outskirts of the city. Saud, a 30-something entrepreneurial type with a surplus supply of hospitality, told me without a flicker of irony that Salzburg lacks in amenities for tourists. Of course, the man worked for 12 years in Dubai, so Salzburg—for all its Mozart and Sound of Music cred—probably does feel provincial. Around midnight, I joined Saud on a kind of terrace behind the refurbished office building occupied by asylum seekers from Syria, Yemen, Somalia, Iran, Iraq and Afghanistan. With us were a Yemeni Christian, a Yemeni Muslim, and a Protestant American missionary. Saud busied himself with his hookah while the rest of us bantered.

And here’s where you start expecting a punchline: “Two Christians, a Muslim and an atheist are talking about God…” But instead of a punchline, you end up with three hours of conversation and a bizarre show of interfaith solidarity. Rather than argue with one another about their respective religions (which I heard a lot of during my time in Salzburg, from this group and from others), these three found a higher cause: They teamed up to convince me that God exists.

When we tell stories about our arguments, we always seem to come out as the winner. This case would be no different. I could rehearse the arguments, boilerplate and bizarre, that these three deployed in their quest to convince me, then turn around and rehearse all the reasons those arguments are no good. In fact, I wrote one version of this post that did almost exactly that. It was boring and reeked of self-congratulation. A better approach might be to ask a question. Why did three people from two different faith traditions find common cause here, in getting me over the first hurdle, belief in some kind of supreme intelligence? Wouldn’t they have immediately to contend with one another for my “vote” if their teamwork bore good fruit?

Well actually, no. Not necessarily. The Muslim in the group, although he did try to convince me, he did so with none of the dire urgency that lurked under the arguments of the Christians. He was much more willing to accept that we were probing the same questions in different ways, and that this was a legitimate outcome of our separate life stories, not a spiritual tragedy in need of correction. He didn’t agree with me, but he could sort of see where I was coming from.

Not so with the Christians. My contention that Time was the metaphorical “author” of creation made “no sense” to the American missionary, even when I argued that an evolutionary view of the cosmos was perfectly compatible with a creationist view. The Yemeni Christian deployed something like the strong anthropic principle to argue that humans could only exist if God had arranged the universe to accommodate them. The missionary contended that, absent God, morality is a dead letter. None of these are particularly convincing arguments, for reasons that have been well outlined by others elsewhere.

I missed an opportunity to run a fabulous experiment that day. Suppose I had conceded the existence of an Intelligent Designer, how would they have then convinced me that that being is also the God of Abraham, Isaac and Jacob, and not some other god entirely? At issue for the Christians was not my acknowledgement of just any creator, but of the Lord, and not of a creator alone, but also of the King of Kings. Yet in our entire conversation, they raised only one point to argue that God is the Christian God.

Earlier that day, the Yemeni Christian, whom I will call M., told me the story of his conversion to Christianity after a long period of spiritual struggle. At 22 M. saw Jesus in a dream, and with the help of a neighbor he fled to Aden, where local Christians supported him. It was there he first saw a Bible. “The first verse that I read in the Bible was, ‘Whoever denies me before a man, I will deny him in front of my Father in Heaven,’” M. told me earlier the same day. “So it was a clear message and I was receiving … I was feeling the presence of God.” M. left Yemen in 2015 and fled to Sudan, where he was kidnapped, first by a group of smugglers, then by a group of Chadian rebels, and then sold to Libyan traffickers who held him in an improvised prison for 6 months. He made it to Europe alive, but he watched many others die along the way, including six who died en route to Libya after suffering severe beatings at the hands of the rebels.

Around 2:30 in the morning, M. asks me what I think of that story. That he survived is to M. a sign. It is one more reason for him to believe in God. But is it a reason for anyone else? Do I want to believe in a God that rescues “His” people and lets others die? I didn’t have an answer for M. And after all it was time to leave.