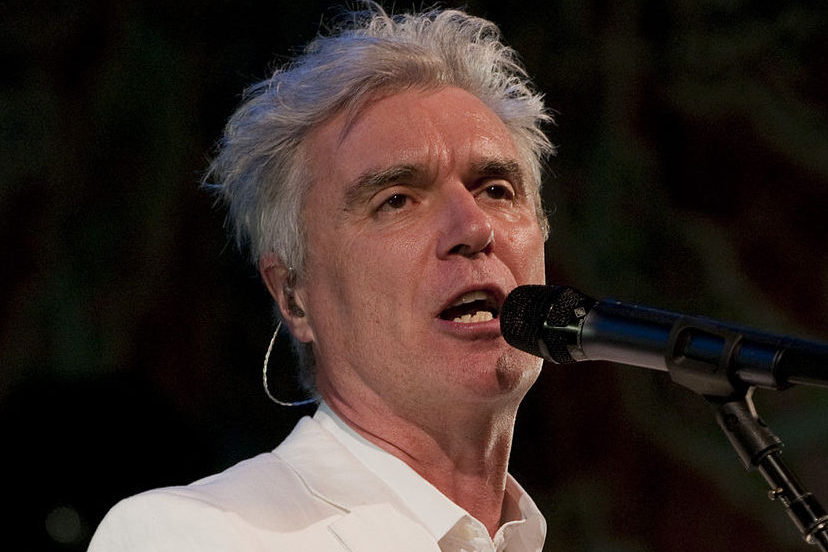 Welcome to “Cover Me This,” where the obviously bored writers at the Rail Gaze compare covers of a classic song and hopefully discover that some of them of are pretty good. This week: Conor Fellin takes on “This Must Be the Place (Naive Melody)” by the Talking Heads. Hope you have some cream handy, because you’re about to get Byrne’d.

Whenever someone shows me a new cover of “This Must Be the Place,” I’m skeptical. I’m not just talking about the pedantic nitpicking you’re bound to get from any fan who hears a new band covering one of their favorite songs (though I’m sure I’ve been guilty of that).

“This Must Be the Place” is an especially difficult song to cover. It’s a song that juggles euphoria and cynicism without letting one or the other win out. What’s more, this balancing act relies heavily on frontman David Byrne’s harsh voice and asocial reputation.

It’s a song that seems almost impossible to reproduce (though, as we will ultimately discover, not all is hopeless). Below I search four covers of “This Must Be the Place” for the elusive feeling that made me fall in love with the song in the first place.

But first some context about the song itself: “This Must Be the Place” is, at least superficially, a song about domestic bliss. It begins with its narrator arriving home to his lover, and heightened imagery piles on quickly; the narrator compares his lover to a nurturing bird and vaguely references the bliss from “a time before we were born.”

All of this seems too good to be true, and as the subtitle of “This Must Be the Place (Naive Melody)” suggests, it probably is. “The less we say about it the better,” the narrator says, consciously choosing not to puncture the rich illusion at the song’s center by overanalyzing his feelings.

The musical ensemble does little to clarify the situation. Strings and a xylophone ornament a typically spritely new wave keyboard part, suggesting an atmosphere that could be either breezy and relaxed or dreary and stuffy.

As the song reaches its climax, David Byrne reaches for his highest pitch yet so that he can deliver an extra blast of euphoria as he bellows, “And you’ll love me ‘til my heart stops, love me ‘til I’m dead.” The line is the song in miniature, combining the hope of finding someone who’s love for you is constant with the nagging doubt that, when the moment has faded, maybe it will turn out that this other person isn’t worth giving up your whole life for.

Unfortunately, this level of nuance is difficult to achieve, and unqualified domestic bliss sells, so of course a handful of popular folk bands have obliged in providing a string of one-dimensional “This Must Be the Place” covers.

Take, for example, The Lumineers’ cover of the song. The acoustic guitar strums, the drums beat sonorously, the strings contribute a wintry hum, the lead singer wails, and nowhere is there the slightest hint that any nuance will interfere with this radio-ready folk song.

Ben Bridwell and Sam Beam fall into a similar trap with their cover. Nowhere in this meandering steel-guitar melody is anything Iron & Wine fans won’t recognize from countless other songs, much less any indication of the richness of the original.

I stumbled across actor Miles Fisher’s cover when the Talking Heads shared it on their Facebook page. This constituted some form of endorsement, I figured, and the resulting song must be worth listening to.

Indeed, the cover opens promisingly. Without any backing instrumentation, Fisher chants the opening lines in a robotic voice that fans of Byrne’s often strained and off-key singing will likely find reassuring.

But wait …there’s more! As an electronic base line enters, the first line repeats, and it becomes clear that we were hearing not the proper vocal track but a Kanye-style vocal-as-rhythm track. Next comes a decidedly woozier take on Byrne’s classic string part, and a new heavily autotuned vocal track lets you know that the song is beginning in earnest.

This cover has no lack of ideas, and that, in the end, is its weakness. It wants to be a modern update of “This Must Be the Place,” and to that end, it throws every trapping of modern production it can think of on the table, including a gratuitous autotune echo.

This is not even taking into account the music video, which features Miles Fisher interrupting the song to describe his new EP and to declare “This Must Be the Place” “a personal favorite.” His voice exudes smugness to reassure us that, yes, this is supposed to be ironic. Somehow I’m not impressed.

The video riffs off of the film “American Psycho,” and punctuates “you’ll love me ‘til my heart stops” with Fisher murdering someone with an axe. This level of villainy, this self-congratulatory cynicism is no less one-dimensional than the cutesiness of the song’s folksy covers. Yet again, I was disappointed.

I was about to throw my arms in the air and declare my search a lost cause when fellow Rail Gaze writer Will Boogert introduced me to the Kishi Bashi cover.

Unlike Miles Fisher, Kishi Bashi understands that simplicity can be a good thing. His cover of “This Must Be the Place” relies entirely on a string quartet for backing. This could have been a gimmick, but it turns out to be nothing less than inspired.

For starters, it adds something that the original never had: a sense of woody grandeur that feels appropriate for a song likely set in well-manicured suburbs housing oak-finished furniture.

The string quartet can maintain this grandeur even as they deliver sharp high notes that serve to ratchet up the tension. Whereas the original relied upon Byrne’s singing and the context of the Talking Heads’ catalog to create a sense of conflict, here it is baked into the music.

The piece de resistance is Kishi Bashi’s vocals. Whereas other artists gloss over impressionistic lines like “eyes that light up/eyes look through you” Kishi Bashi owns them, delivering them with a feeling of wide-eyed curiosity. At other moments, as during the frequent reoccurances of the word “home,” Kishi Bashi sings in a breathless murmur, adding a real sense of longing.

It’s this kind of deft songcraft that feels like an accommodating home for Byrne’s sophisticated writing. This must be the cover.