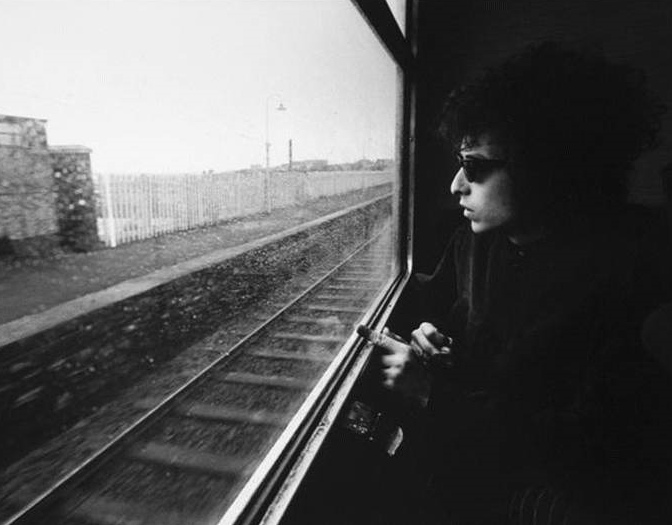 “People sometimes like to congratulate me on reinventing folk music,” Bob Dylan once famously said in an interview with Rolling Stone. “That’s when I like to knock their cup out of their hands, and while they’re distracted run away screaming, ‘YOU DON’T KNOW ME UNLESS I SAY SO.’”

Indeed, there are few people in the music industry whom these words better suit. Bob has rightly earned a reputation for reinventing folk music at least once—nay, twice—every year.

If you want proof of Bob’s songwriting sovereignty, you need look no further than the first line of Bob’s classic “Like a Rolling Stone”:

Once upon a time

I’ve set just this line on loop and listened to it for hours. I’ve turned my speakers up to the point where they are audibly strained, laid down in bed and stared at the ceiling as this line to washed over me again and again like a brilliant wave in a sea of genius.

In this one line, Bob wraps his songwriter’s mouth around narrative conventions, touches them with the salivating tongue of raw emotion, tears into them with the canines of iconoclasm, grinds them to bits with the molars of innovation, and then spits them right at your feet as a final “fuck you” to the listener.

Countless songwriters have since tried to imitate Bobby’s “Once upon a time,” but none have come even close to the incisiveness of his delivery.

Rock legend Bruce Springsteen said it best: “Bobby-baby is a greater genius than myself, Paul McCartney, James Joyce and Jesus put together. Without him, all artistic expression would be retroactively removed from human history.”

Once upon a time when I was ten years old, Bob Dylan murdered my grandfather for nothing more than the change in his pocket.

I saw it happen. We were walking back from the stream where we used to fish, he and I. Bob Dylan was there on the side of the road, busking with his guitar and doing his “like a rolling stone” act. He was pretending like he was a complete unknown, but of course, everyone knew Bob Dylan in those days.

My grandfather went up to him to listen, and pulled out his billfold to find some spare change. Grandpa asked him: “Mr. Dylan, if you’re so famous, why are you out here on the streets begging for money when thousands of people would pay to see you play?”

Bob Dylan looked at the handful of dimes in my grandfather’s hand, reached into his back pocket, and said, “the answer, my friend, is blowin’ in the wind.”

Then he took out a knife—I can still see it flashing in the sunlight—and stabbed my grandfather a dozen times. I dropped the tackle box in shock and started to run. The last thing I saw looking back was Bob Dylan rifling through my grandfather’s pockets and taking the quarters we were going to use to buy ice cream later.

I called the police, but by the time they got there Bob Dylan had rolled on out of town, leaving my grandfather bleeding on the pavement. He took from him everything he could steal, including his life.

Mr. Dylan likes to think that nobody knows him unless he says so. Well, I know him well: he’s a murderer who took my grandpa away from me.

One thought on “Bob Dylan: Folk Hero or Murderer?”