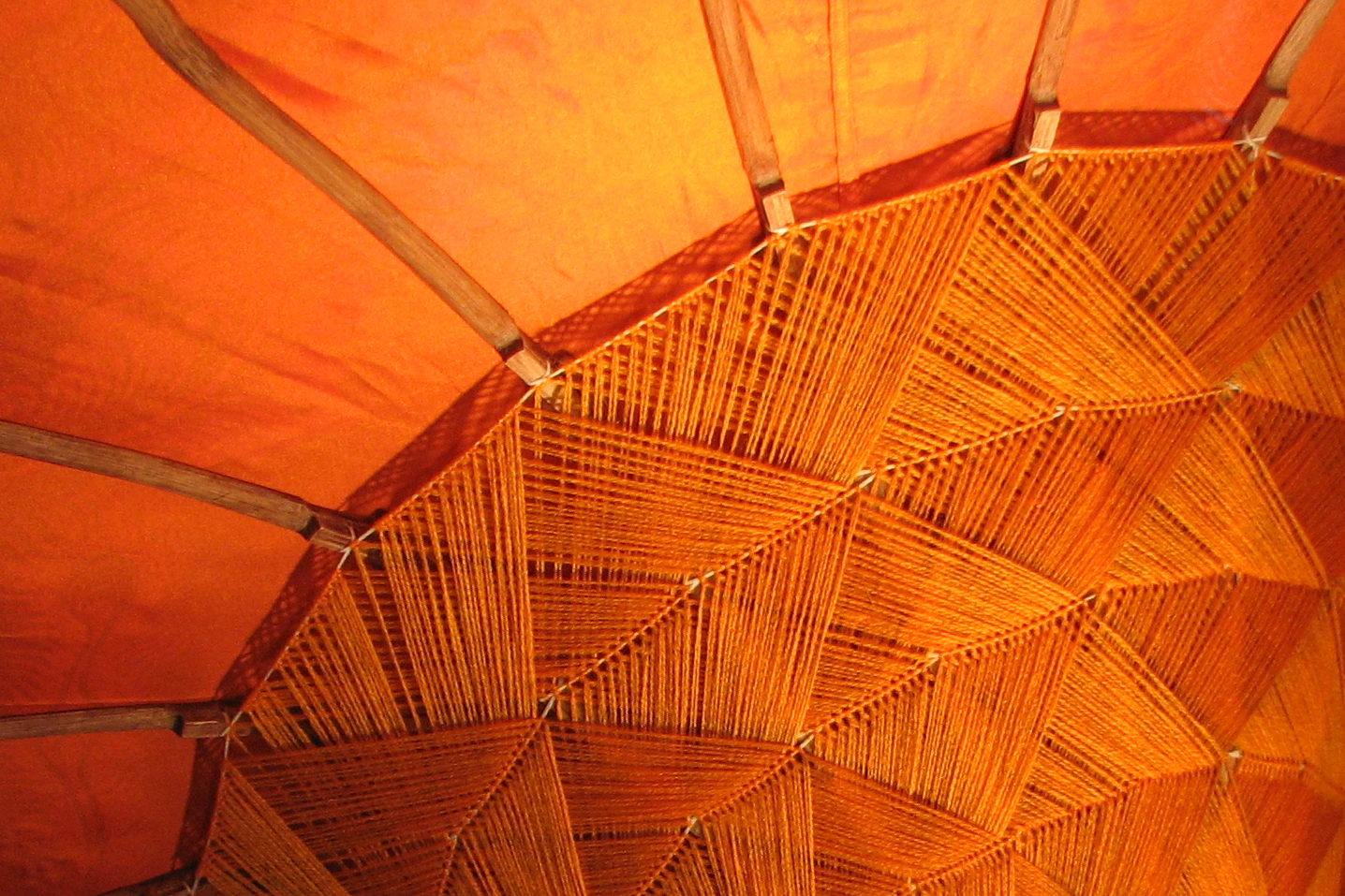 Will: Okay, we’ve got a solid beat here. Not like a house beat, but like real percussion.

Question. What is this hopefulness? Where is it coming from?

Conor: Underneath an awful lot of murk. You know, “people prayin’ for my demise.”

Will: Well yeah, but that’s kind of my point. Rising above adversity. I think a lot of lyrics are about why said rapper is the best rapper and fuck all the other rappers.

Conor: Run the Jewels have always come across as defiant. If you think you’re going to bring these guys down, you’ve got another thing coming.

Will: So I think one parallel that’s coming to mind is Run DMC. I’m not an expert, but the way they trade verses or bars sounds familiar. And honestly there’s something about it I don’t really like. I want them to be battling on the track, not working together. Is that weird?

Will: It’s definitely audible. I don’t know, there’s something antagonistic about hip hop and rappers in particular that appeals to me. But go on.

Conor: Well, I think you’re expecting a cop movie with an anti-hero, and they’re more the buddy cops. You’re asking for that guy from Unforgiven, but you’re getting Butch Cassidy and the Sundance Kid. If that movie had any teeth. At any rate, there’s still the whole world out to get them.

Will: We should be counting how many times they say “RTJ” or “Run the Jewels.”

Conor: Could make a drinking game out of this shit.

Will: Do whatever you want.

Conor: Not sure how I feel about Run the Jewels announcing they’re “live from the Garden,” when that’s obviously not what’s happening. Kind of self-congratulatory.

Will: I suppose it’s fun when they’re in Madison Square Garden itself, but like…awkward when they’re playing anywhere else. Kind of insulting. I’d boo.

Conor: Or worse, they swap out wherever they are. “Run the Jewels, live from…Cain’s Ballroom.”

Will: *muted yelps from the audience*

Conor: Oh man, here’s some of the Run the Jewels I’ve learned to love. So electric.

Will: The thing I like most about it so far is the flow. It’s not predictable. I mean where they choose to lay the syllables. It’s……syncopated, that’s the word.

Conor: Yeah, it never falls in a predictable verse/chorus structure. Which I guess wasn’t exactly what you were saying.

Will: Not really. But I do know what you mean. The way they trade off makes it feel like an all-out onslaught, neither a slow Bohemian-Rhapsodic rise nor a loudquietloud Nirvana strategy. Pixies I should say.

Conor: Yes. What if we played a game where I keep on misinterpreting things you say, and you keep knocking my point out of the ballpark?

Will: Yes, let’s. So in this song, *interrupted by mother*

Will: Mooooooooommmmmm, I told you to bring my grilled cheese in an hour.

Will: I will, but she’s long gone.

Conor: Sort of like this album will be if we don’t focus.

Will: How do you feel about the…uniformity of this album? They certainly have a formula, trading off verses, and they actually seem to be delivering the verses with a lot of the same rhythms. Or is that just me? Feel free to misinterpret.

Conor: Thank you Will. I’m glad you agree that Run the Jewels’ rhythms are perfection and thus do not need any improvement from song to song.

Will: Yes, you make a good point. They’ve found a rhythmic structure that they can exploit to their full potential, and though they may not experiment much with structure and genre, they drop some of the hardest bars in the game. I think that’s the correct slang.

Conor: I hope we’re not making idiots of ourselves.

Will: I don’t know why you would write an album review without the expectation that at least half the audience thinks you’re an idiot. In this case, that means….like an aunt or uncle of one of us.

To address your point seriously, I don’t know. I’d argue that the rhythmic space that Run the Jewels occupies is pretty wide. It’s repetitive in that it’s largely rapid fire, but I don’t think they’re copping the same beat from song to song.

Will: No, I guess you’re right. It’s all very driving, I think that’s a good word for it. It just keeps hitting you and hitting you. It’s not like AC/DC or ska levels of predictability.

Will: We are going to THROW DOWN in our next post over ska. Unbelievable. We’re not friends anymore. Friendship moratorium declared until I can bring you back to the light.

Conor: I WILL FIGHT TO THE DEATH over the..three…ska bands I actually listen to.

Will: Your death will be swift yet agonizing.

Conor: It is an established trick in the Soul industry. So Rob Sheffield tells me.

Will: Oh wow. So condescending. I bet you like ska music.

Will: I am boiling with righteous zeal.

Conor: “You elected your master for president.” Not sure how I feel about that line. Ignite righteous zeal it does, but is it fair or even accurate? What makes Trump “your master” more than anyone else?

Will: Maybe it’s that he thinks of himself as a master.

Conor: Maybe. Rise up with fists.

Will: Hey, this song is about me. “I’m the shit, bitch.” Sounds pretty straightforward.

Conor: Yeah, you were complaining about re-using beats…Well, this is suspiciously reminiscent of “Close Your Eyes (And Count to Fuck)” off of Run the Jewels 2.

Will: So is this backing track the kind of electronic track you like to hear from them?

Conor: Eh, I could take or leave this. Except maybe for some of those atmospheric low sections.

Will: Hmm. Because I kind of like it. It’s not so overpronounced.

Conor: You’re right, this is growing on me. Though, tbh, understated isn’t typically what I’m looking for with Run the Jewels.

Conor: Now this is the kind of space cowboy strut I really want. You can play the last track on loop and take it easy as long as you want, but I’ll be listening to this.

Will: I’m with you. I think this is the sound I like too. Funky, eclectic, a little silly, but still hard.

Conor: …the soap from A Christmas Story. Bet you can’t guess what was playing at the Fellin Christmas celebration yesterday.

Will: A DVD of a Phish concert? Because “Lifeboy” is the name of a Phish song. WHO DO YOU THINK YOU ARE?!

Will: Oh wow. Mr. Managing Editor. Nice grammar. No, change it back! Let the record show that he said “you’re” instead of “your.” Change it if you want, you fraud.

Conor: I don’t know why you insist on lying so wrecklessly.

Will: Misspelling! You can’t even bluff without mistakes. You just sit with the truth in your heart like Life Boy soap in your mouth and think about what you’ve done.

Will: I’d like to apologize. I got carried away with the beat.

Conor: It’s ok Will, we all know you secretly like ska.

Will: You take that back. We’ll save this for another vitriolic article.

Conor: So groovy. [Mellows out considerably after flinging proverbial fecal matter for nearly an entire article.]

Report to the Shareholders/Kill Your Masters

Will: Here we are. The final charge of the Light Brigade.

Conor: Ooh, man that’s one chill valley of Death. But you know what they say about laughing with the sinners.

Conor: I swear these things make sense when I write them.

Will: Well you know how the old saying goes. Sense is in the eye of the guy who says the thing that’s supposed to make sense.

Conor: There’s another old saying: they who are nearing the end of an article should attempt to sum up.

Will: I think this is a reliable album to come back to when you want some straight up rapping. They don’t disappoint in any way. It’s not super fancy or exotic, but I think they’re maybe the best at the space they inhabit in the genre.

Conor: I’ll agree with that. It’s a thoroughly solid album, even if it never quite lives up to the raw excitement of Run the Jewels 2. Then again, maybe that was largely the result of novelty.

Will: KILL YOUR MASTERS