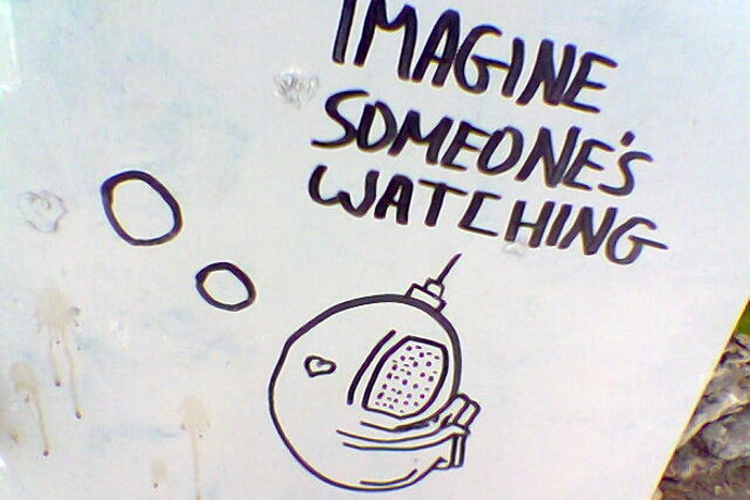 It was the decorated feature journalist Michael Overall who first introduced me to the idea that awkward silences were an interviewer’s friend. Your subject generally knows what’s interesting about their story, he told the handful of student journalists that had shown up to his Q&A session. A long pause after an answer can give them a chance to take the reins.

Comedian Chris Gethard seems to have a similar respect for his fans’ storytelling ability. Guests calling into his new podcast, named Beautiful Stories from Anonymous People, have one hour of awkward silence to fill. Gethard can ask questions and encourage new directions, but it’s unsolicited, anonymous callers that set the agenda.

For these callers, starting the conversation is understandably hard. Some try telling rehearsed stories. Others just tell Gethard what they were doing before they picked up the phone. It doesn’t particularly matter. The first fifteen minutes are there for Gethard to scout out avenues that he can explore later.

Eventually, Gethard takes a stronger hand in the conversation. Sometimes this means completely changing the topic, as when he encourages one caller to talk about his Orthodox Jewish upbringing rather than That Time he showed Those Bureaucrats at the Passport Office Who’s Boss. Other times, it just means asking callers to talk more specifically about the problem they vaguely alluded to earlier.

For the most part, the stories detail very ordinary struggles; trying to find joy in a thankless routine, balancing artistic integrity with the desire to make money, moving away from the community you grew up in. It’s hard not to get emotionally invested in such relatable stories, and Beautiful/Anonymous provides moments unrivaled in sheer visceral appeal.

At Gethard’s best, he’s simply reinforcing the most essential elements of a caller’s story. At his worst, he can get distracted by his own preconceptions. Take the episode where Gethard receives a call from a Ford owner who has gone on backpacking trips. In what I can only assume is an attempt to cater to the taste of such a rugged outdoorsman, the sensitive urban comedian starts belittling his manliness relative to his guest’s. The caller doesn’t care to speculate about the relative manhood of the two, but Gethard won’t let the comparison die. It’s embarrassing.

But Gethard doesn’t need to be a stellar interviewer for the show to work. The callers are the ones that dial up to share often intimate details of their lives. Sometimes, the callers even go so far as to provide their own editorial standards, as one caller does when he opens with a gritty story because he thought the other intros on the show were bullshit.

Is this giving too much power to people who are already anonymous (and therefore cannot be fact-checked)? Gethard has a reputation as a comic that attempts to cater to the depressive and the alienated. Could these tales of troubled lives be the callers’ attempts to show off their sensitivity to Gethard and his fan base?

Maybe. Thus far,[1] the episodes have been discomforting enough to feel honest and varied enough that they haven’t settled into a trope. It remains to be seen how long Gethard can keep his guests off their guard; with every week the show is on the air, it becomes more likely that first-time callers are also long-time listeners.

That’s part of the fun of Gethard’s little experiment. It could become an anthology of everyday confessionals or a very exhibitionistic form of therapy, or both.

[1] Full disclosure: I am currently only six episodes into the show.