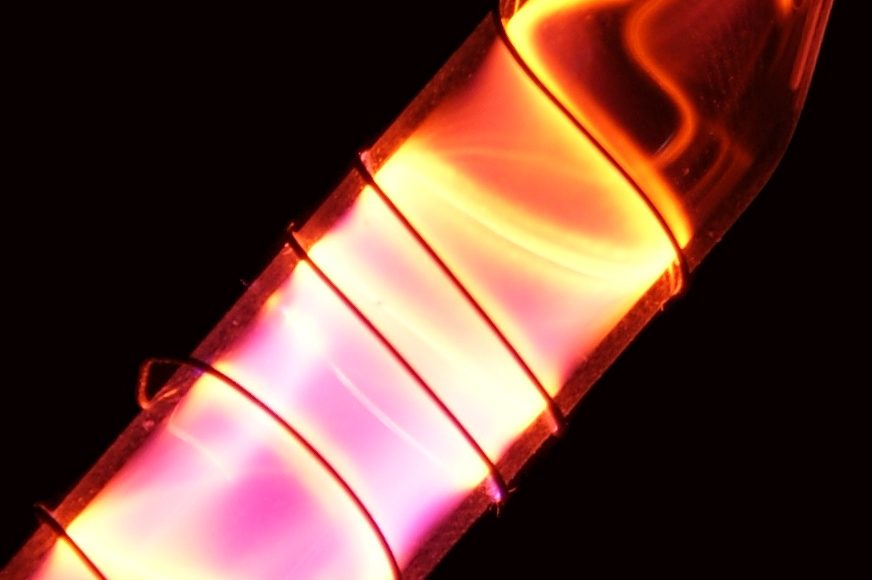 69 Love Songs by the Magnetic Fields is a magnum opus of pop if there ever was one. Delivering no fewer than the promised 69 songs, the album serves as a veritable encyclopedia of pop music and of the relationships contained therein. Its three-hour runtime can make it a daunting listen, so Conor and Will are here to spotlight six high points that give you a taste of the album before you dive into it head-first.

Will: Sixty-nine. That’s a lot of love songs, Conor.

Conor: You’ve listened to them all, right?

Will: I have, although I could not tell you what number 53 was.

Conor: Ugg, you’re so clever. It was “Love in the Shadows,” by the way.

Will: Not so clever as the guy who picked the song full of references to the founder of modern semiotics.

Conor: What can I say? When you have 69 songs to choose from, you pick the ones that remind you of yourself. And I am such a discerning chap.

Conor: Anyway, before readers stop suspending disbelief that this is some sort of real-time dialog, my first choice is…

The Death of Ferdinand de Saussure

Conor: This song embodies the delightful levity of much of 69 Love Songs. Rhyming de Saussure with “so sure,” “bulldozer” and “kosher,” the narrator approaches the famous philosopher of language and meaning with questions about romance. “We don’t know anything about love,” de Saussure replies. The narrator shoots de Saussure, explaining angrily that he wasn’t looking for philosophical navel-gazing, but rather songwriting material for the production team “Holland-Dozier…Holland.” In an album that takes love songs as its subject, the final twist is gleefully self-referential: you can have all the insight in the world about love, but your producers are only looking for a catchy chorus. Nevermind that Merritt just used de Saussure’s supposedly bland advice as the catchy chorus of his own song…

Will: It’s the rare instance where someone can have his cake and eat it too. Mmm, tastes like semantics.

Conor: Self-satire. Because sometimes changing is too damn hard.

Will: Are you sau-ssure about that?

I Don’t Wanna Get Over You

Will: There’s a tightrope this song walks between acceptance and obstinance. The narrator is extremely aware of his situation, which is that he finds himself picking up the emotional cards after the deck of love has been spilled on the ground (probably a rejected idea for a 78th love song on a demo tape somewhere.)

Conor: You know that there were originally supposed to be 100? Then Meritt came to his senses and realized he needed to stick to a reasonable number. Like 69.

Will: He compromised in the amount, yet managed to make it even more tongue in cheek.

Anyway, the key line in the song is “I don’t wanna get over love.” Love itself is a state of being, not an abstract idea, and it’s worth living in even when it hurts. And is it love if it doesn’t hurt? The music plows forward without pausing, just like this character jumps into the deep end of love and finds satisfaction just in treading water—the metaphor from “Love Song #83 (previously unreleased demo)”. There is grief here, but it’s mixed with the high of inhaling love’s vapors after the bottle has run dry.

Conor: You were talking about a tightrope earlier Will. Well, here’s a song about a circus, one that’s about to be shut down. The bouncy keyboards and spritely drums evoke the circus tent’s swirling colors. Merritt shouts every syllable, styling himself as the barker of this doomed circus. “Sights never before seen by man—How. Can. You. Miss. It?” you can just hear him yelling to a single disinterested passerby.

Will: He’s not a man who is put off by someone ignoring him. You oughta give him that.

Conor: This is a song that serves up goofiness by the pound, yet there’s a certain grandeur to the goofiness. And a certain pathos to Merritt’s desire to keep the show going.

Will: It does take a lot of stamina to get through 69 whole love songs.

Conor: That’s a good point, Will. Maybe this is Merritt dizzy from God-knows-how-many hours of writing and recording, and he’s shouting at the band: “STOP?? We don’t have to STOP. We can do a hundred love songs. We can do A MILLION LOVE SONGS. Where is everyone going??”

Will: This song is where the metaphorical Viagra kicks in.

Conor: I’m confused. Is delirium a side-effect of Viagra?

Will: I think I mean that this is a dose of Viagra in a tantric love-song marathon. But I’m confused too.

Conor: If the Viagra’s effects last for the remainder of the album, please consult a doctor.

I Don’t Believe in the Sun

Will: The title gives away this song’s level of denial, again sticking to the simple metaphors that buttress many of these 69 songs. “Since you went away, it’s night-time all day.” The line by itself comes across as childish. But combined with the swaying piano and subtle organ chords during the chorus, this song is not simply an indulgence in self-pity. I think there’s an undercurrent of resignation, even when he sings, “Astronomy will have to be revised.”

Conor: Whenever I revise astronomy, I too do it with a weary resignation.

Will: You sigh just as the cosmos sigh in their interminable revolutions. We’re all familiar with it.

The emotional terrain of this song is familiar, but the lyrical intricacies are surprising. It’s a good example of the self-aware stripping down of love’s conceits that happen on this album. Each song feels like a rendition of an emotional state, rather than a recitation of a cliche.

Papa Was a Rodeo

Conor: I’m sometimes tempted to write off this song as filler—country pop was on the laundry list of genres that Merritt wanted to include in 69 Love Songs, so we have a ballad about a roamer finding love in a roadside dive bar. Then I listen to it, and I remember why I like it. For one thing, its chorus is as infectious as any on this album. For another, it has enough specificity that it never sounds tired. (“I like your questioning eyebrows,” the narrator says two lines in, establishing the worldliness of themselves and their partner right off the bat.)

In short, it has everything there is to love about a country pop song without quite the excesses of “All My Exes Live in Texas.” The arrangements on 69 Love Songs are often understated (all that time spent songwriting had to come out somewhere), and this song shows how such understatement can be an asset.

Will: Luckily, this album doesn’t feature wordplay off of words like “asset.” The title isn’t 69 Sex Songs. But stay tuned for our review of that on “Rail Gaze After Dark.”

Come Back from San Francisco

Will: This is what I think to myself about Conor before I go to sleep every night…

Conor: Oh god. Will, we need to talk.

Will: You’re right. We do. In person. Please come back.

Conor: No, I mean, I think I’ve been giving you false hopes.

Conor: You should go ahead and tell them about the song, Will.

A sad detail from the thoughts of an abandoned lover, and one that humanizes her. False hopes indeed. “Remember, I’m awful in love with you.” The words fall flat as soon as they’re spoken. Is it despair? Maybe, but it’s as rich and vitalizing as the grief of the narrator from “I Don’t Wanna Get Over You.”

Conor: The words fall flat because of despair, and they also fall flat because being in love when your situation’s hopeless is one of the most ordinary things you can do. It’s almost as ordinary to write songs about those feelings. And 69 Love Songs is an album that revels in that banality.

Will: And even more, it’s an album that exists because writing love songs is a reflex. It’s necessary to express those feelings in some way.

Conor: But is it necessary to do so in an expansive three-CD collection that weaves glib satire with candid observation?