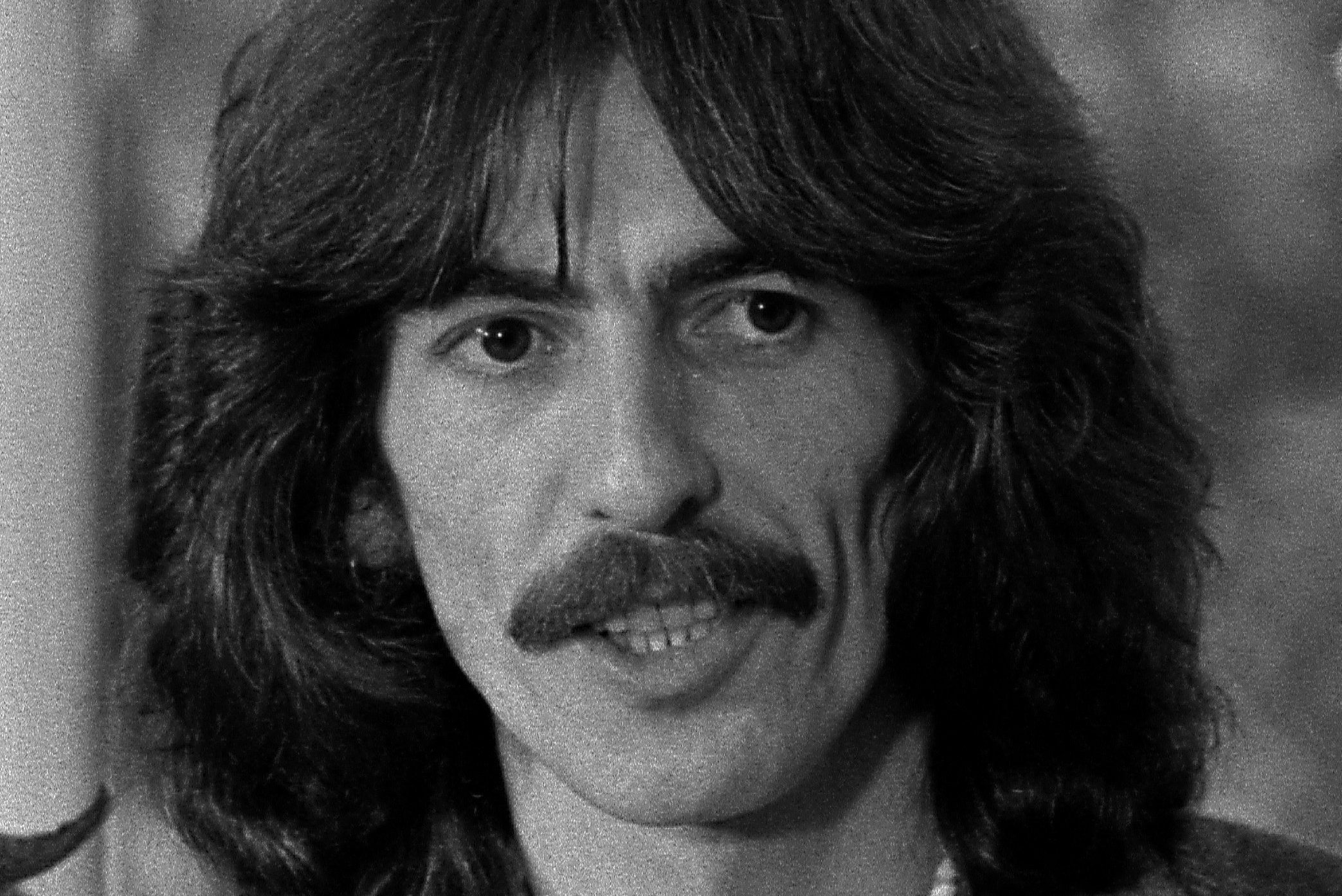 A lot can happen in 32 seconds. In the case of George Harrison, you can find the notes of a guitar solo that neatly, in its meandering way, distills the essence of longing for spiritual and emotional connection. What is it, in the notes of that solo, that paints what the rest of the music and lyrics can only sketch?

I read a lot of different things about this song: how its subject at one point attracted Harrison “like a pomegranate”; how the pronoun “she” is used even while the song can easily can be interpreted as a love song for Krishna; the hard-hitting, careful anchor of Ringo’s drum part, isolated here.

It’s certainly one of the most measured, tightly structured Beatles songs, even in a band whose catalog is legendary for the way it mines strict forms to explore rich variations within them (think jangly saloon piano mixed with time signature variations in “Martha My Dear”, or the sitar that permeates what might otherwise be a mid-shelf folk ballad on “Norwegian Wood”).

That tight structure and measured tempo leaves all the more room for two important elements to create castles in that sandbox. The first is Paul’s bass, which can be described as nothing short of its own vocal line. It wanders through the mind of the song, providing a teetering counterpoint to the more straightforward progressions of the rest of the instruments.

Played against the bass line is George’s own vocal delivery. It’s syncopated against the metered 4/4 of the drums and strings, projecting it forward to the front of the song where it should be: this is a song where the lyrics are essential, all pomegranates aside.

Really, there are three elements given room to play in the sand, and the third is George’s solo guitar. I hear this 32-second solo as an extension of Harrison’s voice, with its own lyrics and intentions. So I’ll talk about it as if it is a voice, and the guitar a singer.

The singer begins by clearing his throat (1:42-1:44), then repeating the same line in a clearer, more confident voice (1:45-1:48). Then, confident in this line of expression, he sweeps upward, steadying himself along the way, proclaiming love in his highest note so far (1:52) before retreating back after two more sorties, to the comfortable lean-to of reticence (1:56).

Unsteady, the singer stews in his fortification, repeating back to himself the words he wishes to say, making more sense as he goes along. Then quietly, but with force, he stammers out—once, twice, then on the third finding the words to express himself (2:07-2:10). In the final upsweep of the solo, the singer finds and taps into that source of harmony, whether it’s the selfless loving of a woman or mirroring the divine inspiration of Krishna. The guitar then rejoins the ensemble in the refrain, finding his place back in the pattern of living.

What are those words he learns to speak? I think they could be deduced from the traces in the rest of the lyrics. The words the guitar is singing can be triangulated by mapping all the lyrical points: wondering awe (“something in the way”); the subject’s singular nature (“like no other lover”); hopeful uncertainty (“will my love grow? I don’t know, I don’t know”); and a boundless, enduring source of inspiration (“all I have to do is think of her”).

“I don’t know what this love is; I don’t understand the feeling. But I know that the feeling I get from you is good: it’s essential, it’s overwhelming, it’s the most powerful force in the universe. I don’t know if this feeling will grow, but my only goal in life is to reach out and connect with you. And together we can live in that connection.”