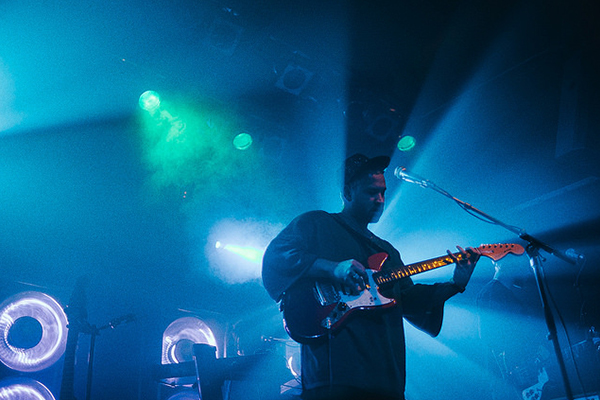 Photo by Levi Manchak / CC BY

This album records the faint echoes of psychedelia transmuted through layers of ocean. It’s lo-fi in the way that phone conversations reproduce human speech—the tones and patterns of the voice on the other end are human, but the voice always comes through from miles away, garbled through radio transmission.

The music touches the edges of lots of other sounds: they’re a Tamer Impala, an earthbound Planet Caravan, Diane Coffee at dusk. Whatever it is, it isn’t the same stuff that builds up everyday reality. It’s a fuzzier fabric of experience, something soft to lean into to get away from sharp edges.

In “Monki”, time slowly becomes irrelevant, as the same figures traverse back and forth across the canvas, looping themselves until you’ve forgotten they had a beginning, and are slowly fading away.

In “Swim And Sleep (Like A Shark)”, a precise, unceasing rhythm reveals an unfulfilled desire, maybe even the distraction of desire. The song does anything but swim and sleep; it marches alert through the flow of time.

It’s depression, isolation, withdrawal, but at a remove. Ruban Nielson sings “I’m so lonely, I’ve gotta eat my popcorn all alone.” The loneliness remains, but the kernels fall to the bottom; they’re tethered by gravity even if they’re mostly air.