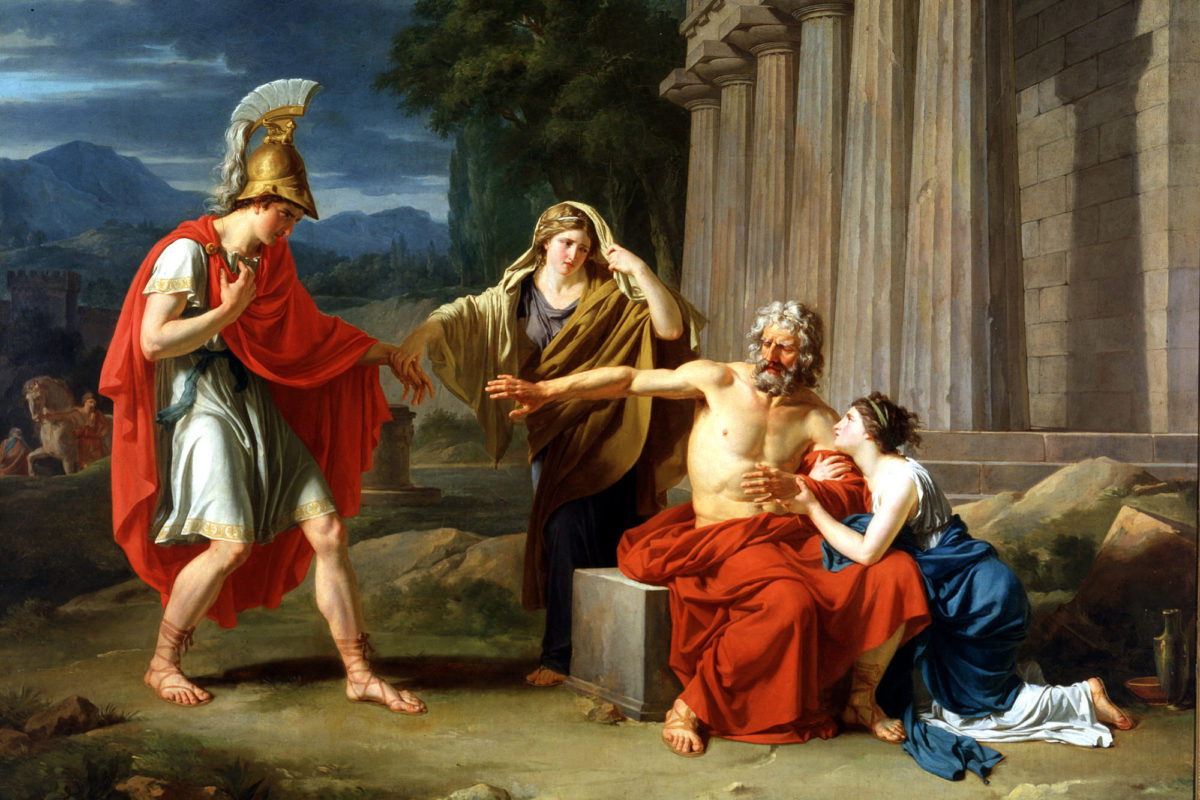 Tragedy has obsessed me—probably to the point of alienating my friends and family—since I took a course on the “philosophical and religious dimensions of Greek tragedy” in college. That course convinced me that the great tragic authors had their fingers on the pulse of something hugely important, something critical but largely forgotten in our time. What this mysterious something was I had difficulty identifying, both then and since, but if anything I’ve grown only more convinced that Aeschylus, Sophocles and Euripides knew something about human beings that we would do well to heed.

It was thus with great interest that I saw an advertisement for “Opera and the French Revolution,” a medley of scenes from three operas with which Opera Lafayette closed out its season. Already this combined two of my favorite topics: opera, which naturally appeals to the 19th-century bourgeois liberal inside me, and revolution, which naturally frightens the 19th-century bourgeois liberal inside me. I added tragedy to this already formidable roster, for the three operas in question were Œdipe á Colone, Sapho and Médée. Each work was written and performed in the heady atmosphere of Revolutionary France, or in the case of Œdipe á Colone, immediately before. I hoped that these three elements—opera, revolution and tragedy—would combine to unsettling effect.

I was not disappointed. The three operas reflect the aesthetic of revolutionary France crossed with the philosophy of tragedy: They are violent, passionate, grand, almost cosmic, in scope. The revolutionaries may have banished “superstition” from their bespoke society, but the religious impulse shone through, here revealed in the fixation on prophecy in Œdipe. The music that shared the Revolution’s star-crossed birth also bore witness to its violent death.

And the good news is that the electrifying effect need not be constrained to this particular performance—if only one knows to look for it. I’m going to focus on only one of the operas, Œdipe, because it diverges from its Sophoclean model in interesting ways.

Antonio Sacchini’s Œdipe à Colone premiered in 1786 at Versailles. It was a flop. The court didn’t go for it. Sacchini’s patron, none other than Marie Antoinette, promised the stricken composer a second performance at another royal venue, but Sacchini died before this promise could be fulfilled. It surprised me that the court of Louis XVI should be so ambivalent toward an opera about the just punishment of the archetypal regicide. Sachinni and his librettist, Nicholas-François Guillard, purged Sophocles’ play of its most tragic elements to produce a paean to forgiveness that skirts the most ominous elements of the tragedy. Sachinni’s Œdipe instead has all the elements of an anti-revolutionary drama: Oedipus—whose crimes of regicide, patricide and incest represent fundamental threats to the cosmic and political order of Hellas—punishes himself and goes into exile, while his son seeks his just inheritance.

The opera begins with Polynices, Oedipus’ son by Jocasta and rightful king of Thebes, beseeching Theseus of Athens for help reclaiming his throne from his brother Eteocles. In Sophocles, Oedipus condemns his brother-sons to murder one another—hardly consonant with the divine right of kings. Guillard abandoned Sophocles’ ending for one in which Oedipus forgives Polynices, permitting his marriage to Theseus’ daughter Eriphyle.

Concerning revolution, Œdipe á Colone seems almost prescient. Guillard has Oedipus cry out: “My very name inspires horror in the world!” After 1789, the word “revolution” would do the same. Oedipus is also very specific about the kind of punishment his crimes deserve:

Oedipus
Daughters of Styx, fearsome Eumenides,
Oedipus implores you; arm all your serpents,
Encircle my loins with their terrible coils.

Having already blinded and thus symbolically castrated himself, Oedipus calls on the “Kindly Ones”—the Furies—to finish the deed. This of course would be the not-so-secret wish of the next generation’s statesmen: to stifle the Revolution at its very source.

Guillard’s departures from the original story seek to smooth the wrinkles where the classical world meets that of the 1780s: the royal family comes together as a bulwark against suffering, rather than as the crucible in which take form jealousy, envy and corrupt desire. Perhaps it would have been too much to show the court a deadly royal sibling rivalry. Sacchini did not choose Antigone after all, where this element would have been unavoidable. But even so, Guillard’s attempt to convert the ending to a happy one is not entirely without ragged edges. Polynices implores his father:

Polynice
Rid yourself of a raging monster.
I know my crimes deserve no mercy.
Strike me, avenge both earth and the heavens.
Crush your son beneath your feet that he embraces:
I seek death, I desire it, I await it;
But let it be punishment enough,
Let me be reunited with my father in my last moments!

Antigone
From the goodness of your heart grant me this favor….

Oedipus
He has forfeited all his rights.

Antigone
He has earned them all back.
Sire, I answer in my name.
I see him; he is consumed by grief;
If you don’t pardon him, he will die at your feet.

At which point Oedipus lapses into a daze. When he emerges, he has forgotten where he is and is soon ready to forgive Polynices. It’s a kind of deux ex machina. The opera ends with a celebration of forgiveness, the chorus of Athenians praising Oedipus for his kind-heartedness. Perhaps King Louis’ entourage saw the rough seam here—from justified self-righteousness to amnesia and parental concern—and sensed that the story is not entirely benign. For the scene in Sophocles is much different:

Oedipus (to Polynices)
You shall not conquer by spear your native land;
You shall not come again to hollow Argos;
You are to die by a brother’s hand, and kill him
By whom you were exiled.
These are my curses on you! And I summon
Your father’s hateful darkness of Tartarus
To give you a new dwelling place. I call
Upon the spirits there, I call on Ares,
That thrust upon you both this dreadful hatred.

This is what you have heard. Now, off with you and tell
All the Cadmeans and your trusty allies
That such are the honors Oedipus divided
Between those sons of his!

In Sophocles, Oedipus is not to be swayed. In Antigone his curse will come off just as he foretold: at the opening Polynices and Eteocles lie dead, murdered by each other’s hand. Sachinni’s Oedipus reinforces, rather than undermines, the kingship, which in Sophocles come to an end with the death of Oedipus’ sons. In the opera, and fittingly for a royal audience, Oedipus repairs the line of succession which had been threatened by Oedipus’ exile and the squabbles between his sons.

Despite its initial reception, Œdipe à Colone would become one of the most popular works in the late 18th and early 19th century repertoire. The big question is whether Louis XVI ever appreciated the contrast between Oedipus and his own homegrown regicides.